Cynthia Anne Castillo is an innovative business owner whose primary mission is to lead, inspire and mentor others.

Castillo has been CEO of CSSI since 1993, when she took the helm of the company her father had founded. When she joined CSSI, the company had only 10 employees, was just awarded its ﬁrst prime contract with the FAA, and was generating about $250,000 a year in revenue. Since then, through successful graduation of the Small Business Administration’s (SBA) 8(a) and Small Disadvantaged Business (SDB) programs, Castillo has grown CSSI into an innovative and highly respected company with several locations on the East Coast.

Under Castillo’s leadership, CSSI has reached into new markets, earning a solid reputation for quality, integrity, and loyalty. Castillo continually invests in talent, infrastructure, and resources for CSSI, strengthening both operational efﬁciencies and core competencies to better serve its clients and its employees.

Ms. Castillo also serves as a member, and as a mentor in many professional organizations. She is a member of the board of the Aero Club of Washington and the Aero Club Foundation, and has served as a board member or been a participant in several other groups and organizations, including the Air Traffic Control Association, the Small and Emerging Contractor Advisory Forum, Women in Aerospace, the Tower Club, Vistage International, and the Women Aviation Network.

Ms. Castillo is passionate in advocating for the next generation of leadership in the aviation and aerospace communities, raising awareness and fundraising for scholarship programs, including the Patti Grace Smith Memorial Fund.

A graduate of the University of California at Los Angeles with a Bachelor of Science Degree in Mathematics and Applied Science, Castillo started her career at the Hughes Aircraft Company. 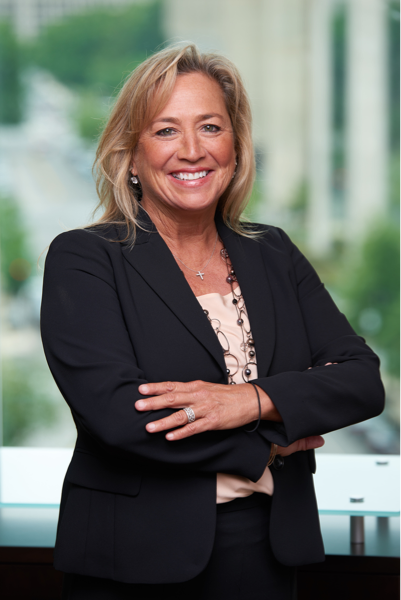